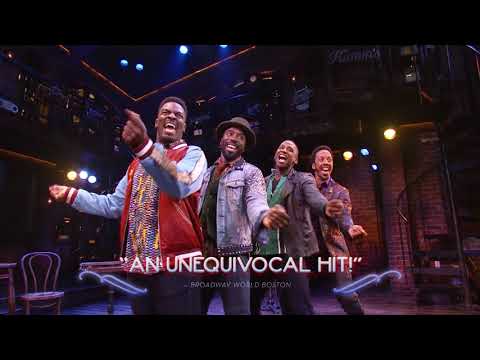 Broadway Choreographer Joshua Bergasse will teach rep from the Off-Broadway show Smokey Joe's Cafe in a two-class series at Broadway Dance Center. Select cast members will be in attendance to demonstrate the numbers in both classes.

Smokey Joe’s Cafe: The Songs of Leiber and Stoller, the Grammy® Award-winning and Tony Award®-nominated smash, made history as Broadway’s longest-running musical revue. Featuring 40 of the greatest songs of the past century, including showstopping classics like “On Broadway,” “Stand by Me,” “Jailhouse Rock,” “Hound Dog,” “Love Potion No. 9,” “Spanish Harlem,” “Yakety Yak” and “Charlie Brown,” it celebrates the music of the legendary songwriting duo, Jerry Leiber and Mike Stoller.

Featuring a wide-ranging catalog that celebrates the humor, passion, and heartbreak of everyday life, this classic show now returns to NYC to thrill a new generation of theatergoers with its enduring themes and searing emotions.

Directed and choreographed by Emmy® Award-winner and Tony Award®-nominee Joshua Bergasse, whose credits include Broadway’s Charlie and the Chocolate Factory and On the Town, Fox’s “So You Think You Can Dance” and NBC’s “Smash.”

For more information about the show, visit SmokeyJoesCafeMusical.com. The show plays at Stage 42 (422 West 42 Street) between Ninth and Dyer Avenues.